The Conflicts of Human nature… 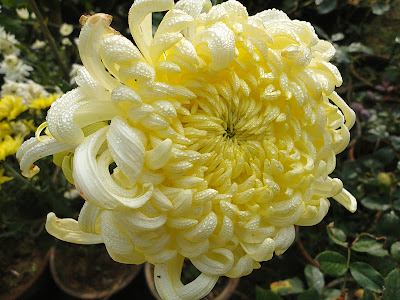 The Conflicts of Human nature…

It is evident that human being has many parts and planes, and each of them has its own thrust of developments, thereby stimulate strange internal conflicts…

They are:
The resultant condition is often that of disequilibrium. And the mind in its pursuit of rationality, ethicality & aesthetics is itself in a conflict & disequilibrium.

Under the circumstances, one does perceive the “Truth is Beauty and Beauty is Truth”.
But we are also known how beauty looks askance at the good and the truth or vice versa.

It is also fact, the conflict that can truce between conscious parts are nothing as compared to the conflicts that arises between the conscious and the subconscious or unconscious.  However, the egoistic and the emotional conflicts in particular have been deliberately ignored…

Then how complex it becomes, when its gets attracted by such forces and its conditions... Besides, generation of conflicts from external sources makes the situation much more complicated, the route of all crisis's...

Ultimately, when liberty wins, equality gets dethroned, when equality is attempted to be raised up, liberty gets strangulated and fraternity does not get even chance of getting into any programme of action…
Finally, what stands powerful, likely leads to regulate the proceedings…
Posted by Atanu Chatterjee

Thank you Deepak,
I like your approach very much :) A 'Conflicts' between Serious & Humorous posts can peacefully co-exists.. Isn't it..

Some say this era is called the 'Kalyug' and one can hardly expect 'liberty', 'equality' and 'fraternity' to survive in this biased society. Well ritten & informative post.

Profound post Sir...I read between lines to learn many facets of life.

@ sriramnivas,
Really we are in a "-yug", aaj , kaal or porsu... thus missing "-ty".
Absolutely to the point Sri, my best wishes to you. Please excuse, for lacking reciprocal act..

@ Saru,
It nice, my posts always -founds your remarkable presence. That's a profound lines in between.
Good wishes & Thanks.

@ mydala,
Thanks! Its a privilege to have your visit & comments.
Hope for the best.

Atanu Chatterjee
A sensible i'Man with dimension of principle and values. Owner of i'Mind and i'Heart, happily married, settled and satisfied, with a soul of affection, faith, respect and understanding. Always manifest the obligation to respect life and follow the rules of responsibility. A conscious living...A certain tranquility.