Layers of Mind & its collaborations...

The first layer is the ‘Passive Memory’. A reservoir of mental impression is the foundation on which all other layers stand. All experience lies within us as passive or potential memory. ‘Active Memory’ selects & takes what it requires from the store house of memory. The ‘Passive Memory’ needs no training; it’s automatic & naturally sufficient to its task. It is the active memory which is in need of improvement.

The second layer is the ‘Mind Proper’, sixth sense function of the mind is to receive the images of things translated into sight, sound, smell, taste & touch, the five senses and translate these again into thought, sensations, forms into mental impressions. These sensations & impression are the material of thought, not thought it self; it is important that thought should work on sufficient and perfect material.

The third layer is the ‘Intellect’ which is the real instrument of thought and that which orders & disposes of the knowledge acquired by the other parts of the organs. This is infinitely the most important of the three. The intellect is an organ composed of several groups of functions & faculties of the R-hand & that of L-hand brain. The faculty of R-hand is comprehensive, creative & synthetic, belongs to judgment, imagination, memory, observation, which comprehends, command, judge in their own right, grasp, and hold & manipulate. The faculties of L-hand are critical and analytic, belong to comparison & reasoning, even critically distinguish, compare, classify, generalize, infer and conclude the component parts of logical reason. The R-hand mind is the master of the knowledge. The L-hand touches only the body of knowledge, while R-hand penetrates its soul. The L-hand itself ascertained truth, the R-hand grasps that which is still elusive or unascertained. Thus both are essential to the completeness of the human reason. These important functions of the brain required to be raised to their highest & finest working powers. 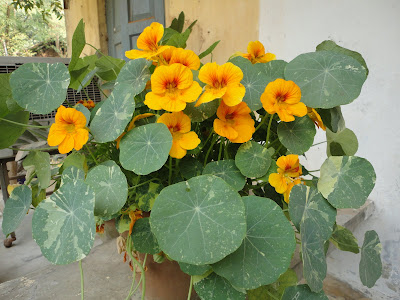 There is fourth layer of faculty, not as yet entirely develop in man, in attaining gradually to a wider development and more perfect evolution known to us from the phenomena of Genius, making a man a prophet of truth. These powers are rare in their higher development, though many possess them imperfectly or by flashes.


Hope the valued Readers will mind their own unique propriety & progress accordingly.
Posted by Atanu Chatterjee

Atanu Chatterjee
A sensible i'Man with dimension of principle and values. Owner of i'Mind and i'Heart, happily married, settled and satisfied, with a soul of affection, faith, respect and understanding. Always manifest the obligation to respect life and follow the rules of responsibility. A conscious living...A certain tranquility.